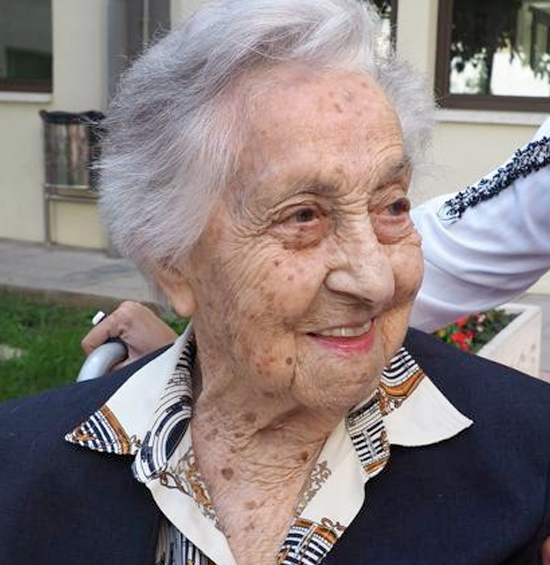 Maria Branyas, the oldest living woman in Spain, aged 113 years old, has recovered from the coronavirus. Born in San Francisco in 1907, Maria lives in the Santa Maria del Tura care home, Olot, where in recent days there were two confirmed Covid-19 deaths.

This supercentenarian grandmother has spent the last 20 years living in the care home with no cognitive problems or serious illnesses. In an interview with La Vanguardia newspaper in October 2019, she spoke extremely clearly, and even peppered her words with a dose of humour.

Maria, daughter of a natural journalist from Pamplona who was responsible for the American magazine “Mercurio” and her mother was from Barcelona, she was born on 4 March 1907 in San Francisco (U.S), where her father had gone to work after spending some years in Mexico.

After a long journey via New Orleans and Barcelona, Banyoles, Girona, Calonge and Sant Antoni and Palol de Revardit, she has lived for the last two decades in the Santa Maria del Tura care home in Olot (Catalonia, Spain), where she had a friend who was a cousin of her husband.

The last time her family was able to visit her was for her 113 th birthday party, on 4 March, and, since then, all contact has been by phone. "Now that she is well, she is wonderful, she wants to talk, to explain, to share her observations, she is her old self once again ”, says her daughter, who runs, with her husband, the Twitter account of Maria.

Maria has outlived her friends, her parents, her three brothers and August, one of her three children, her daughters Maria Teresa and Rosa who are 86 and 76 years old, are still with her. According to Rosa, her mother says “that is just the way things are and you have to accept it".

The oldest woman in Spain, who married in 1931 with Joan Moret, a doctor from Llagostera (Gironès), had three children and now has eleven grandchildren (one of whom is already sixty years old) and thirteen great-grandchildren. Her family is looking forward to all this being over so that they can visit her once again.

Help us research to avoid history repeating itself

WORK WITH US
Go to Top